How to create and apply spouts to your volume-based items (liquor bottles, etc).

If you’re weighing volume-based items using the supported Bluetooth scale, and have spouts attached to bottles, you may want to use the Spouts feature to get a more accurate measurement.

You can add the spouts in your venue and set their weights. When a bottle is called up during inventory, and placed on the scale, you can toggle a spout on. This subtracts the weight of the spout from the reading on the scale, and updates the amount remaining in the bottle.

Before using spouts, there are a few things to consider:

You can create spouts for your venue in the WISK Mobile App. To create a spout:

1. Tap the "More" button on the bottom menu bar 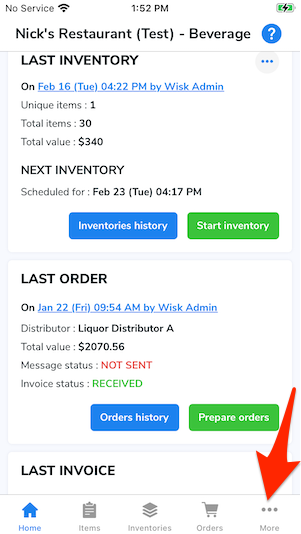 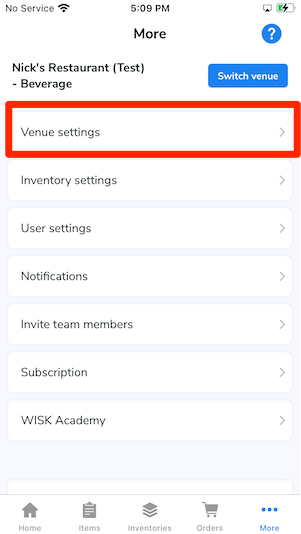 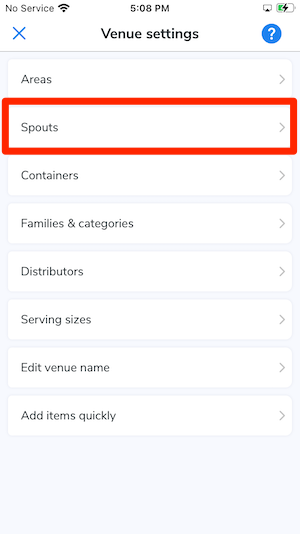 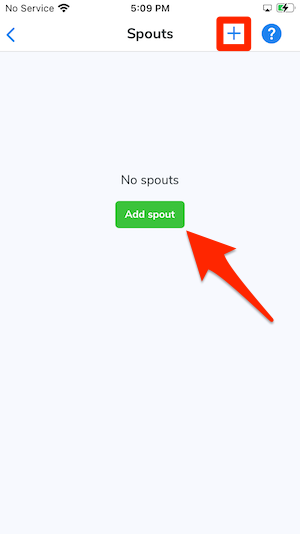 5. Fill out the required fields (Title, Weight, and Image). You can take a picture of the spout, or upload one. 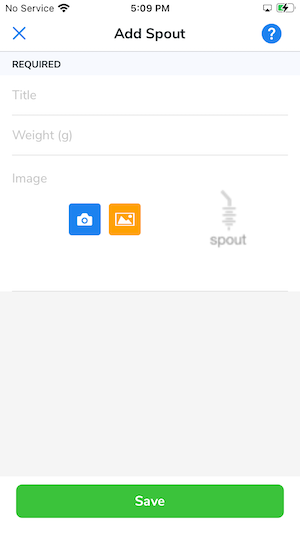 6. After adding the required information, tap “Save” 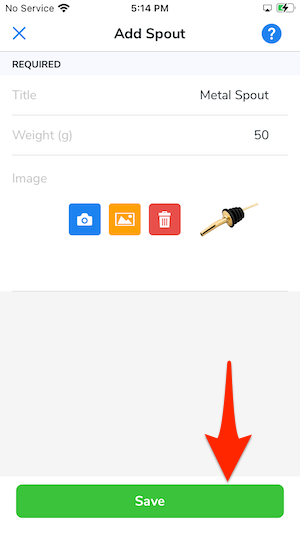 7. The spout is added to your venue and can be applied to a bottle when taking an inventory count.

Note: The Spouts feature is only available on the WISK Mobile App at this time.

To add a spout to a bottle that has been called up during inventory:

1. Place the bottle on the scale. The measurement that displays (0.92 units) doesn’t reflect the true value remaining because the spout hasn’t been applied yet. Tap “Select Spout”. 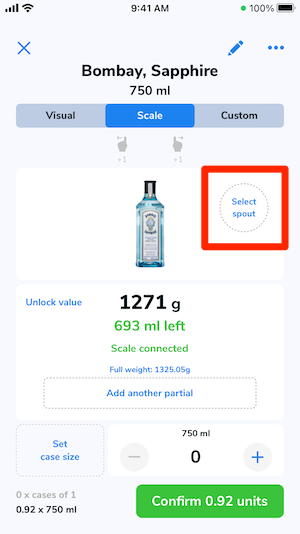 2. Select the spout that you want to apply to the bottle 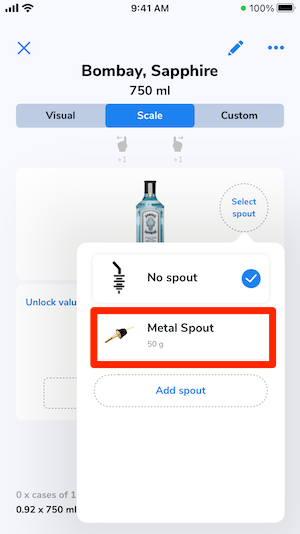 Note: You can also create a spout at this time by tapping “Add spout”.

3. The amount remaining in the item recalculates based on the weight of the spout. In this example, we had 0.92 of a bottle remaining, but with the spout applied, it is actually 0.85 of a bottle. Tap the “Confirm” button. 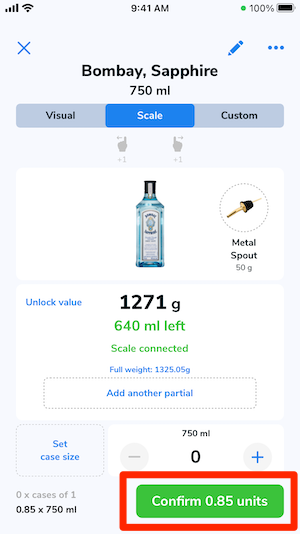 4. When you review the area summary, it displays that the amount remaining includes a spout. 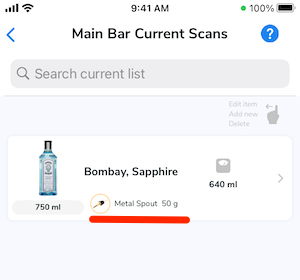 If you have already taken an inventory and used spouts on some of your items, you’ll see this on the “List” view when you next take an inventory.

To take a new measurement: 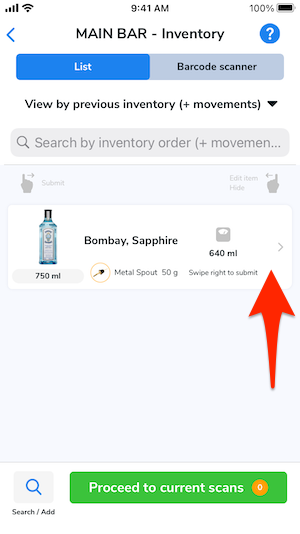 2. The spout is already applied to the item. Place the item on the scale. 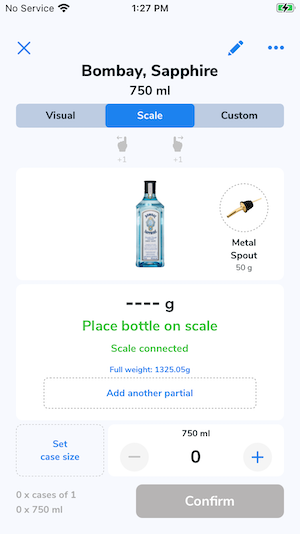 Note: If the spout is no longer on the bottle, you can tap the current spout and set it to “No spout”

3. The amount remaining in the bottle includes the spout. Tap “Confirm”. 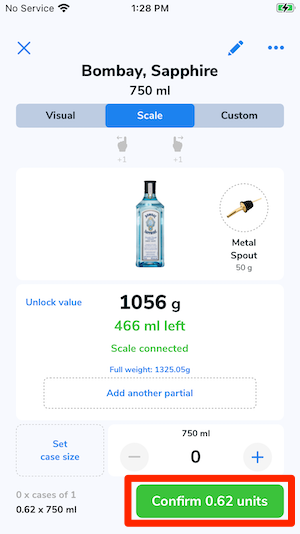