How to Integrate Clover POS

There are two ways to integrate your Clover POS with WISK:

After the integration is complete, WISK will pull up to your last 6 months of sales data from Clover. It may take a few hours for your sales data to appear.

If you encounter any errors during the integration process, or your sales data isn’t appearing, please reach out in the chat or email [email protected].

If you haven’t already created your WISK account, you can create it and complete the integration at the same time through the Clover App Market.

When setting up the integration, or anytime after, you can customize how your sales data / POS Items appear in WISK. This is essential if you make extensive use of modifiers. 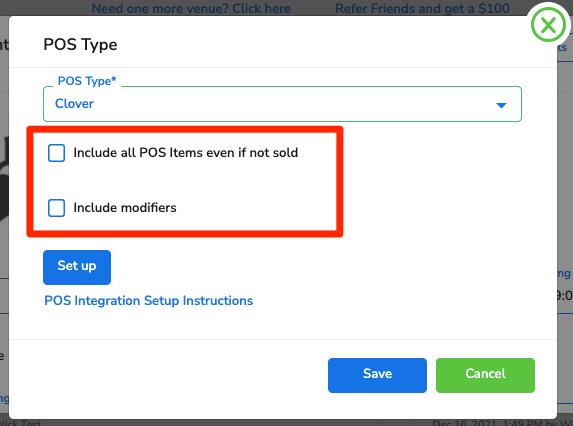